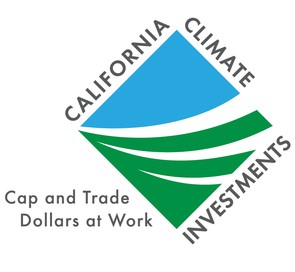 Despite the challenges posed by a global pandemic and unprecedented heat and wildfires, 2020 was record year for California Climate Investments with more than US$3.1 billion invested in more than 51,000 projects across California’s 58 counties.

Projects implemented in 2020 alone will reduce GHG emissions by nearly 18 million metric tons of carbon dioxide equivalent over the course of their lifetimes. 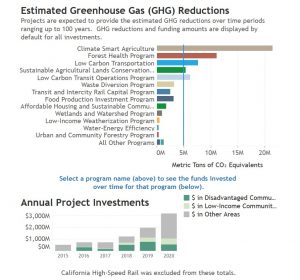 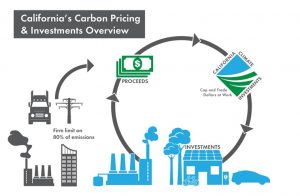 These benefits and others are described in the latest Annual Report to the Legislature on the use of auction proceeds from the state’s cap-and-trade program. The report is a key resource for tracking the progress of California Climate Investments, a statewide initiative putting cap-and-trade dollars to work reducing greenhouse gas emissions, strengthening the economy, and improving public health — particularly among priority populations.

“The breadth and depth of the climate investment program helps to reduce California’s greenhouse gas emissions, while benefiting every county in the state,” CARB Chair Liane Randolph said “These investments also benefit the state’s priority communities, those most heavily burdened by air pollution and toxics. Projects in these neighborhoods reduce exposure to harmful air pollution and provide them – and all Californians – with more transportation options, cleaner air, increased energy efficiency and greener, more livable communities.”

Cap-and-trade auction proceeds are placed in the state Greenhouse Gas Reduction Fund, then appropriated by the Legislature and distributed as California Climate Investments. That money is then awarded to individual projects selected by more than 20 different state agencies.

Nearly a half-million projects have been funded so far since the first California Climate Investments appropriations were made in 2014. These projects are providing substantial benefits to communities across the state while making significant greenhouse gas emission reductions. To date, California Climate Investments projects are expected to reduce GHG emissions by 66 million metric tons of carbon dioxide equivalent during their lifetimes, not including an additional 102 million metric tons expected from a completed High-Speed Rail project. The US$3.1 billion 2020 investment included nearly US$1.4 billion in funds implemented last year by the California High-Speed Rail Authority.

In addition to GHG emissions reductions, investments improve community health and reduce exposure to air pollutants that impair heart and lung health. Projects implemented in 2020 are expected to reduce an estimated 32,800 tons of criteria air pollutant emissions over project lifetimes.

Other highlights from the 2021 Annual Report include: 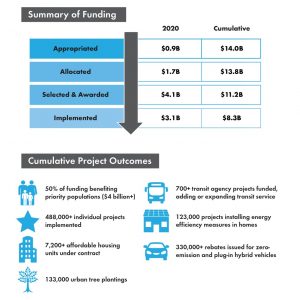 Equity has been a core principle of California Climate Investments since its inception, with statutory requirements that a minimum percentage of projects provide direct, meaningful, and assured benefits to priority populations, and populations that are vulnerable to the impacts of pollution. These programs benefit tribes, socially disadvantaged farmers, minority and women owned businesses, and small businesses, among others.

Over time, the scope of California Climate Investments has expanded to include community priorities, allow for project flexibility in response to community needs, and incorporate technical assistance and capacity building. For example, in November 2020 CARB announced the first set of grantees under the Sustainable Transportation Equity Project (STEP), an innovative transportation equity pilot that aims to address community residents’ transportation needs, help people more easily get where they need to go, and reduce greenhouse gas emissions by funding planning, clean transportation, and supporting projects. Other programs have incorporated technical assistance for priority populations, expanded outreach efforts, or tailored program guidelines to promote equitable outcomes, among other equity-focused efforts.