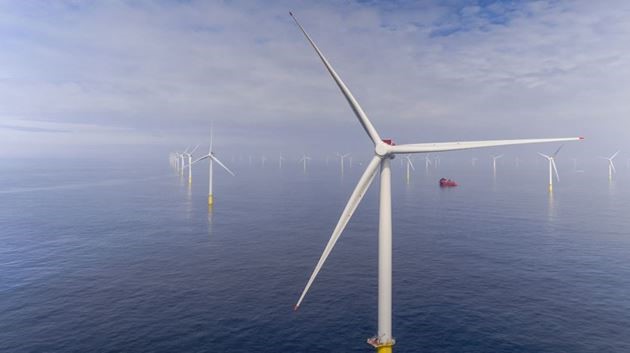 Enbridge has reached a final investment decision on its third offshore windfarm in France. Construction is slated to begin on the 448-MW Calvados offshore wind project. The project will use 64 offshore wind turbines from Siemens Gamesa Renewable Energy and will be located 6 to 11 miles (10 to 18 km) off the coast of northwest France. Expected to begin service in 2024, the project will provide enough energy to power nearly 300,000 homes in the Normandy region.

“We are pleased to have reached a final investment decision on our third offshore wind farm in France, and for construction to formally commence on the Calvados (Courseulles-sur-Mer) project,” said Matthew Akman, Enbridge’s senior vice president of strategy and power. “Over the past several years, we have firmly established Enbridge as a competitive player in offshore wind in Europe and developed an extensive portfolio of projects. Enbridge is investing in renewable power projects that support the transition to a lower-carbon economy and are aligned with our low-risk investment approach.”