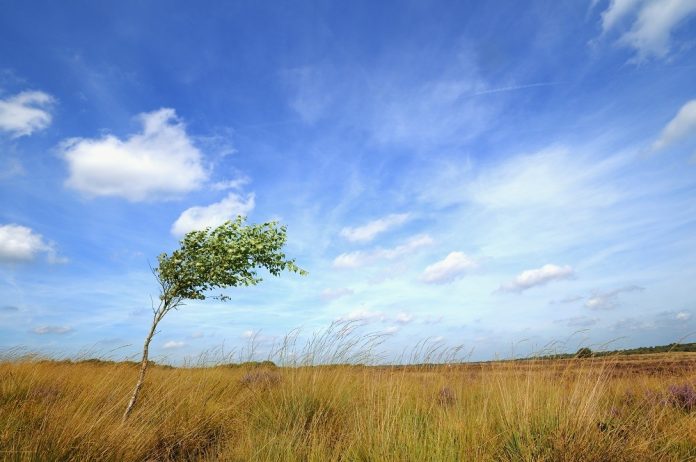 Almost 150 years ago, Mark Twain and Charles Dudley Warner published a book titled The Gilded Age: A Tale Of Today. Its satirical rendition of the opulence, wealth disparity, corruption, and misrepresented American dream would go on to define the 30-year period in US history from 1870 to 1900. It was during this time that the rich grew richer and roughly 20% of the population that had been promised freedom remained heavily shackled by laws and reactionary forces seeking to inhibit their pursuit of happiness.

In 2020, the United States began a new period, the gilded age of greenwashing. Pressured by the Pairs Agreement and the increasing severity of climate change, many countries and companies would go on to pledge the 2050 goal of achieving carbon neutrality but fail to mention short- to mid-term steps of how to get there. ESG Review delivers reporting of environmental, social, and governance (ESG) news, often giving the reader the discretion to pierce through veils of greenwashing and decide for themselves if a company is truly committed to parameters outside of pure profit.

The Advent Of Diversified Energy Majors

It’s hard to put a finger on a single event that started the spur in carbon reduction targets. But if I had to pick one, it would be BP’s February 12, 2020, announcement to achieve net-zero by 2050. Full of big promises and few details, the announcement came just weeks before the world plunged into a global pandemic. BP’s stock price proceeded to fall 64% from its high. To its credit, BP announced a much more robust plan on August 4, 2020, including several short- and mid-term targets. Recovering from its initial misstep, it has since positioned itself as the de-facto leader among oil majors in the energy transition.

The Q2 2021 cover of ESG Review presented the feature “Integrated Ingenuity,” which detailed the ways in which Europe’s integrated oil and gas companies are embracing renewable energy. The oil majors, and the oil and gas industry in general, received a lot of flak for spending year after year ignoring or even disputing climate change, only to suddenly flip a switch and throw billions at a problem that has already spiraled out of control. Mistakes were made. The best we can do now is encourage ESG investment no matter the source and save criticism for laggards dismissive of one of the biggest issues of the 21st century.

Carbon pledges that started in 2020 carried over to 2021, the big difference being many more companies actually took the initiative to outline specific targets. What’s more, ESG and sustainability reporting has now become commonplace on Wall Street, providing a yardstick outside of financial metrics by which investors can judge a business. It is encouraging to see ESG investing outperform traditional investing, proving that companies can reduce their negative effects on society and the environment without sacrificing financial performance (see “An Introduction To ESG,” Q1 2021 ESG Review, p. 2).

The auto industry has perhaps the cleanest cut way to reduce emissions. Transitioning from the internal combustion engine to the electric motor has the potential to plummet pollutants and pole-vault profits. But here, arguably more than any other industry, we are seeing the most concentrated collection of greenwashing.

Whether you love it or hate it, Tesla has been one of the few companies in the auto industry that has navigated the supply chain challenge with ease while retaining its industry leading operating margin and growing production at a breakneck pace (see “Fahrenheit 2.7: ‘Super Crazy’ Supply Chain Shortages,” Q4 2021 ESG Review p. 2). In fact, Tesla increased its total production by 64% in Q3 2021 compared to Q3 2020.

Tesla’s success as a company is one thing, but its high-profile position on Wall Street adds fuel to the fire of envy coursing through the cubicles of legacy automakers. Tesla stock increased more than 1000% between the start of 2020 and the end of 2021, briefly eclipsing a US$1 trillion market canalization. In response, most major automakers outlined carbon reduction plans and investments in electric vehicles (EVs).

The best way to differentiate between empty promises and truly enduring commitments is to follow the money. Take Ford for example. In October 2021, Ford announced plans to build Blue Oval City, a 6-square-mile complex in west Tennessee that will underpin the company’s EV production. Additionally, Ford announced plans for three new BlueOvalSK battery plants — two in Kentucky and one in Tennessee. The plants will enable 129 GW/h a year of US production capacity. The Tennessee campus is estimated to cost US$5.6 billion and create approximately 6000 new jobs while the Kentucky-based battery complex is estimated to cost US$5.8 billion and create 5000 jobs.

Ford is spending US$30 billion on EVs and battery cells by 2025 so that it can generate 40% of sales from EVs by 2030. By 2025, it expects to have built a staggering 141 GW of battery production to support 1 million battery EVs per year. A new management team, real dollars going toward real projects, and the potential to define the electric truck market with the F-150 Lightning embody an example of what decarbonizing a legacy company can look like.