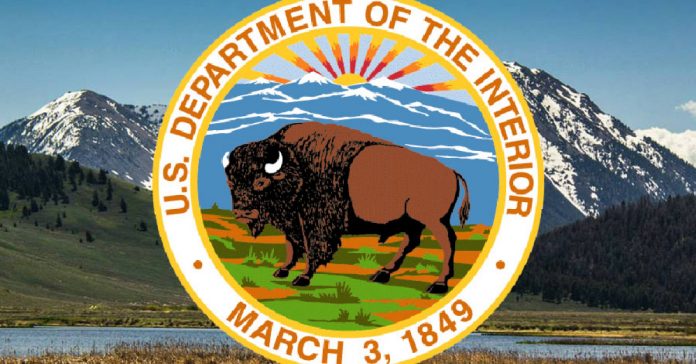 As part of the Biden-Harris administration’s goal to deploy 30 GW of offshore wind energy by 2030, the Department of the Interior announced it has approved the construction and operations of the South Fork Wind project offshore Rhode Island. This represents the Department’s second approval of a commercial-scale, offshore wind energy project in the United States. Last week, Secretary Haaland celebrated the groundbreaking of the first commercial scale offshore wind project, located off the coast of Massachusetts.

According to the White House, building infrastructure and creating jobs to advance a clean energy future is a hallmark of the Biden-Harris administration and the historic Bipartisan Infrastructure Law. “We have no time to waste in cultivating and investing in a clean energy economy that can sustain us for generations,” said Secretary of the Interior Deb Haaland. “Just one year ago, there were no large-scale offshore wind projects approved in the federal waters of the United States. Today there are two, with several more on the horizon. This is one of many actions we are taking in pursuit of the President’s goal to open the doors of economic opportunity to more Americans.”

The approximately 130-MW South Fork Wind project will be located approximately 19-miles (31-km) southeast of Block Island, Rhode Island, and 35-miles (56-km) east of Montauk Point, New York. It will create about 340 jobs and provide enough power for about 70,000 homes. “Achieving the 30-GW goal can result in the creation of tens of thousands of good-paying union jobs across the country, as America moves to ramp up domestic supply chains for all aspects of offshore renewable energy development,” said Principal Deputy Assistant Secretary for Land and Mineral Management Laura Daniel-Davis. “Today’s announcement, coupled with critical investments in the Bipartisan Infrastructure Law, will help us meet our goals for sustainable economies, clean energy, and climate resilience.”

The project’s Record of Decision (ROD) documents the decision to approve South Fork Wind, LLC’s plan to install 12 or fewer turbines off Rhode Island. The ROD adopts a range of measures to help avoid, minimize, and mitigate potential impacts that could result from the construction and operation of the proposed project. These requirements were developed after consultation with tribes; federal, state, and local government agencies; as well as industry, ocean users, and other key partners and stakeholders. The ROD is jointly signed by and addresses permitting decisions by Interior Department’s Bureau of Ocean Energy Management (BOEM) and the National Marine Fisheries Service within the National Oceanic and Atmospheric Administration. Prior to construction, South Fork Wind, LLC must submit a facility design report and a fabrication and installation report. These engineering and technical reports provide specific details for how the facility will be fabricated and installed in accordance with South Fork’s approved plan for construction and operations.

In its first four months, the Biden-Harris administration catalyzed the offshore wind industry by announcing the first-ever national offshore wind energy mandate, creating a clear vision for the future of this innovative industry. BOEM expects to review at least 16 Construction and Operations Plans of commercial offshore wind energy facilities by 2025, which would represent more than 19 GW of clean energy for the nation. The Administration is preparing for lease sales in the New York Bight and offshore the Carolinas and California next year, and is actively working with states, tribes, and key stakeholders to explore wind potential in the Gulf of Maine and in the Gulf of Mexico, as well as offshore Oregon and Hawaii.