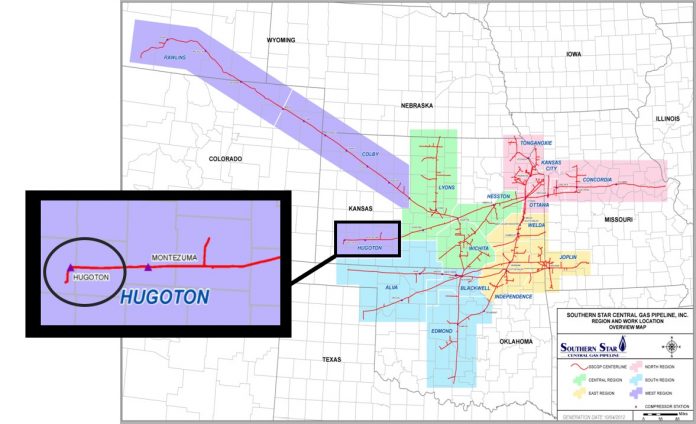 The companies will modify a Cooper-Bessemer GMVH-12 at Southern Star’s Hugoton, Kansas, compressor station to run on a blend of up to 10% hydrogen and natural gas. Southern Star and Cooper will both provide engineering support. The engine will be equipped with Cooper’s HyperBalance IV system to monitor pressures, collect data, and ensure equipment safety during the test.

According to Southern Star, the pilot program will be limited solely to the fueling of compressor engines on Southern Star’s system. At this time, it will not include blending hydrogen into the natural gas it transports to its customers.

“We are excited to partner with Cooper Machinery for this innovative hydrogen blending pilot program,” said Jimmy Staton, president and CEO at Southern Star. “Their technical expertise and support will help us maximize the potential use of hydrogen blends on our system. The success of this venture will give a baseline of future opportunities for hydrogen for all stakeholders in the energy industry.”

“We are excited to partner with a forward-leaning and visionary organization like Southern Star who understands the necessity of our industry to embrace hydrogen and reduce its overall carbon footprint,” said John Sargent, CEO at Cooper.

Headquartered in Houston, Cooper is the OEM for such brands as AJAX, Cooper-Bessemer, CSI, Enterprise, Gemini, Superior, TSI, and TXC. The company is also a supplier of after-sales support for non-Cooper engine-compressor brands such as Clark, Caterpillar, Ingersoll Rand, Waukesha, and Worthington. Manufacturing is conducted in its facilities in Houston and Deer Park, Texas; and Salina and McPherson, Kansas; while onsite services are delivered through its network of field technicians operating out of fully equipped repair and overhaul shops strategically located around the world.