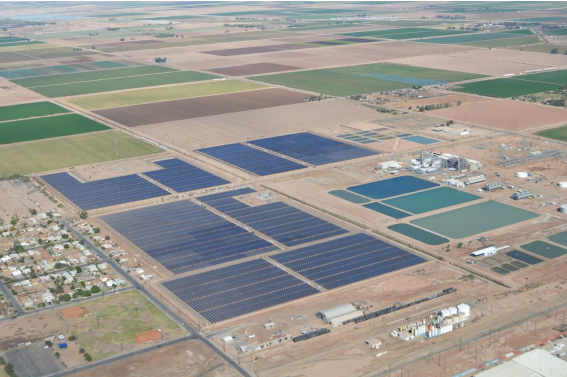 The Project owns and operates a 25-MW operating solar power plant in the Imperial County, California, and supplies generated electricity to a local utility, Imperial Irrigation District, under a power purchase agreement. Mitsubishi HC Capital, through MIUSA Corporation, an infrastructure-related investment subsidiary in the United States, has acquired 35.7% of the Project.

California leads the United States in renewables, with an approximate 30% of all solar power electricity generated in the United States at present. Continued capacity additions are expected for the foreseeable future. The US senate bill 100 (SB100) in 2018 requires the state’s utilities to generate 100% clean electricity by 2045. As part of SB100, the state Renewable Portfolio Standard (RPS) was increased to require that 60% of electricity must come from renewable sources by 2030.

Through this investment, Mitsubishi HC Capital intends to gain a good understanding of market leading practices and will continue to work with its business partners to identify many more investment opportunities in the fast-growing solar power market in California and other regions of the United States. Leveraging its experience in the United States, where world-leading renewables technologies and business models are proliferating, Mitsubishi HC Capital said it will explore opportunities to enter into high-value added business in the industry.

“Environment & Energy” is one of the five areas of focus for Mitsubishi HC Capital group and is actively and continuously developing and renovating renewable energy businesses utilizing a wide range of technologies starting with solar and wind power.