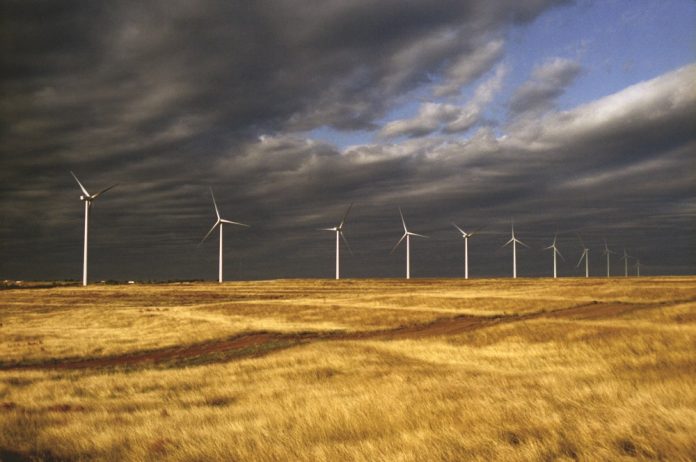 Last Friday, CenterPoint Energy (CenterPoint), a publicly traded electric transmission and distribution company and one of the largest utilities in Texas, released a statement that claimed to “ease customer impact from record natural gas prices incurred during the mid-February winter weather.” The company filed an application with the Railroad Commission of Texas (Commission) that aims to spread out costs incurred from the storm over a number of years instead of just 2022.

CenterPoint is well within legal grounds to file a proposal with the Commission. Housebill (HB) 1520, which was passed in the 87th Texas legislative session, allows natural gas utilities to request approval to recover costs associated with the storm, so long as those costs were “prudently incurred.” To qualify for Customer Rare Relief (CRR) bonds, the utility also has to prove that bonds are a better option for its customers than monthly Purchased Gas Adjustments.

In a statement, CenterPoint said that it estimates it incurred US$1.14 billion in unexpected costs due to Winter Storm Uri. Without CRR bonds, CenterPoint could slap an extra US$15 to US$40 per month per customer in 2022. With the bonds, CenterPoint estimates that the average customers bill would go up between US$2.50 to US$5.00 per month for a few years, thereby reducing the overall financial burden as well as spreading out payments over a longer period of time.

About 25% of CenterPoint’s total US customer base are residential and business customers in Texas. “We understand the severe impact that the historic weather emergency had on all Texans,” said Tal Centers, CenterPoint Energy’s vice president of Texas Gas. “The extraordinary natural gas price increases during Winter Storm Uri’s widespread extreme cold resulted in significant natural gas cost increases for CenterPoint Energy and our customers. This proposal is designed to recover natural gas costs in a way that protects our customers against dramatic increases on their monthly bills that would otherwise occur.”

Customers may be livid that CenterPoint is prepared to unload its losses onto them. As annoying as the proposition is, CenterPoint’s job is to purchase natural gas on the spot market and deliver it to customers. The company’s point of view is that it followed through on that pledge to the best of its ability, it’s just that spot prices were, for a time, marked up by 100-fold or more. It’s hard to poke holes in CenterPoint’s argument. But if customers truly knew they’d be paying hundreds of dollars for a day or two of heat, they probably would have declined. CenterPoint said that it is continuing to work with regulators in other jurisdictions regarding customer rate relief.

The North American power transmission grid consists of three major regions: the Eastern Interconnection, the Western Interconnection, and the Texas Interconnection. Texas’ decision to have its own grid independent of federal regulation traces back to the formation of The Electric Reliability Council of Texas (ERCOT) in 1970. Fast forward to today, and ERCOT manages the flow of electric power to 90% of Texans, scheduling power on an electric grid that connects more than 46,500 miles (74,834 km) of transmission lines and over 680 generation units.

From February 15 to February 18, 2021, Texas’ grid suffered catastrophic failures as sustained freezing temperatures led to a spike in demand and a collapse in supply. In Houston, for example, temperatures were as low as 10°F (−12°C) and barely went above freezing during the four-day stretch. Natural gas pipelines froze, and wind turbines suffered major productivity declines because they lacked the anti-icing, maintenance, and servicing needed to withstand the 30-year-low temperatures.

This isn’t just a story of fossil fuels versus green energy. Rather, it’s a story of insufficiently rated equipment simultaneously failing across the state. Pipelines and wind turbines routinely operate in sub-zero climates around the world. But in Texas, ERCOT didn’t require the same anti-freeze ratings. Dan Woodfin, a senior ERCOT director, said that “we’ve had some issues with pretty much every kind of generating capacity in the course of this multi-day event,” noting on February 16 that around 45 GW of power was offline across the state. Of that 45 GW, around two-thirds were fossil fuels and one third were renewables. For perspective, the grid routinely houses a capacity of between 70 and 80 GW in the winter, meaning over half of capacity was offline during a time when demand was well above average levels.

Given that renewable energy supplies around a quarter of Texas energy, there is an argument that renewables failed disproportionally higher than fossil fuels, albeit slightly. This claim has merit, but the bigger reason why wind energy was blamed for the Texas winter freeze power outage likely has to do with the meteoric but contentious rise of wind energy over the last decade.

The Rise Of Wind Energy

Just 10 years ago, coal was the most relied upon energy resource in Texas, supplying just shy of 40% of the state’s electricity. Coal’s dominate position became threatened when hydraulic fracturing and horizontal drilling led to a surge in Texas oil and gas production out of the Permian Basin. Between 2010 and the end of 2019, oil production nearly quintupled and natural gas production rose over three-fold. Suddenly, the Permian alone was supplying roughly a third of US oil production and around 20% of the country’s natural gas production. As of 2020, natural gas supplied 46% of Texas’ electricity, growing 44% in 10 years.

With cheap and reliable natural gas acting as the staple energy resource in Texas, the stage was set for wind energy to assume the role of reducing greenhouse gas (GHG) emissions. Subsidies and declining costs that made wind competitive with fossil fuels pole-vaulted wind production over 350% in just 10 years. In 2010, wind provided 7.8% of Texas electricity. By 2020, it was the second-largest resource behind natural gas, supplying 23% of Texas electricity. In just a few years, Texas had become the largest wind-producing state in the United States, supplying over 20% of America’s wind production.

The Makings Of A Scapegoat

There’s no denying that wind energy systems failed at a jaw-dropping rate during the Texas winter freeze, but so did fossil fuels. Political leaders that prefer natural gas, coal, and nuclear to wind energy found it easy to blame wind’s rising contribution to the grid as the reason for the power outages. And in some cases, advocate the suspension of wind investment in favor of stockpiling coal as a failsafe for the next freeze.

A better solution than importing coal from Pennsylvania is to weatherproof Texas power generation, transmission, and storage infrastructure so it can handle more extreme temperatures. After all, Texas is a flush with natural gas reserves and has the ideal terrain for wind power. These two resources deserve to comprise the majority of Texas’ electricity, as long as it’s done in the right way. The technology to weatherproof existing and future infrastructure already exists. Eliminating the chance of further loss of life or a massive slowdown in economic output due to grid failure is a small price to pay for implementing these preventative measures right now.