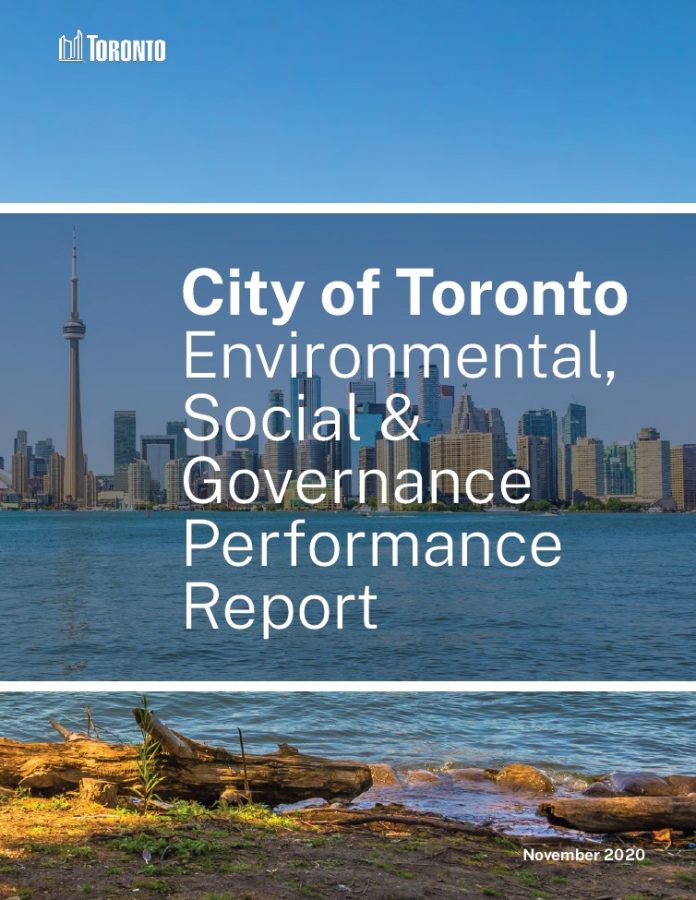 Highlights of the report include:

Toronto is implementing strategies that align with the UN Sustainable Development Goals. The city’s climate action strategy, TransformTO, has the goal of achieving net-zero greenhouse gas (GHG) emissions in Toronto by 2050 or sooner while improving climate resilience, health, social equity, and economic prosperity.

The city’s new HousingTO 2020 -2030 Action Plan provides a blueprint for action across the full housing spectrum – from homelessness to rental and ownership housing to long-term care for seniors. It aligns with other city policies, such as the Poverty Reduction Strategy, Resilience Strategy, TransformTO, and the Seniors Strategy, with an aggressive housing agenda focused on supporting people over the next 10 years. Additionally, the plan provides for increased accountability and oversight over a range of government resources necessary for improving housing outcomes for residents. The city’s Housing Secretariat will be responsible for monitoring targets and reporting to council on the HousingTO 2020-2030 Action Plan, with several City of Toronto divisions and external partners involved in the implementation of HousingTO actions.

The City of Toronto’s governance model relies on a balance between city council, public service, and the public. The City of Toronto is required by provincial law to have four accountability officers (an auditor general, integrity commissioner, ombudsman, and lobbyist registrar) as well as an open and closed meetings investigator to help ensure that city government remains open and transparent. The four accountability officers operate under a four-way memorandum of understanding, allowing them to cooperate and coordinate their work as they independently fulfil their respective mandates.

“The integration of ESG principles into business decisions and performance reporting are growing on a global scale due to the demand for information and accountability by the public,” said Councilor Gary Crawford (Scarborough-Southwest), Budget Committee Chair. “While the city has proactively announced its commitments and progress on ESG priorities, it is taking another pioneering step forward by introducing the first consolidated ESG report from the Canadian public sector.”

Click here to view the City of Toronto Environmental, Social & Governance Performance Report in its entirety.

Archaea Energy Lands First Deal With A US Utility

CARB To Spend US$1.5 Billion On Clean Transportation

‘The Largest Effort To Combat Climate Change In American History’

Waste Management To Invest US$200 Million In Recycling Infrastructure

2022 Expected To Be Record Year For Solar And Wind