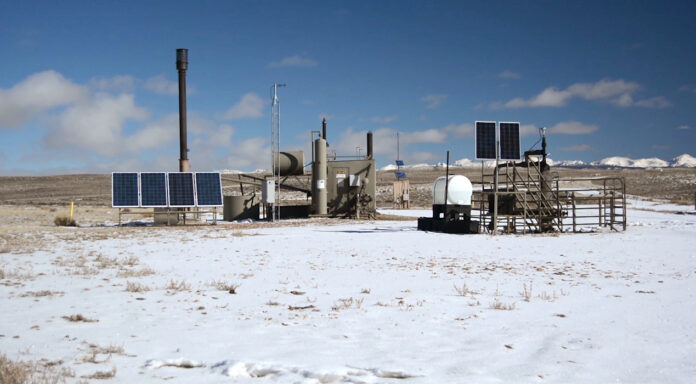 The US Department of the Interior has proposed new rules aimed at limiting methane leaks from oil and gas drilling on federal and tribal lands. It would place monthly limits on flaring and require oil and gas companies to undertake methane leak detection programs for operations on federal lands, where nearly one-tenth of US oil and natural gas production takes place, primarily in western states.

The US Bureau of Land Management (BLM) said the rules would help prevent gas from being wasted and boost taxpayer returns. Venting and flaring activity from production on public lands has increased over several decades. Between 2010 and 2020, the total venting and flaring reported by federal and American Indian onshore lessees averaged approximately 44.2 Bscf/y (1.2 × 109 m3/y). This contrasts to an average of 11 Bscf (311.4 × 106 m3) lost per year between 1990 and 2000.

“No one likes to waste natural resources from our public lands. This draft rule is a common-sense, environmentally responsible solution as we address the damage that wasted natural gas causes. It puts the American taxpayer first and ensures producers pay appropriate royalties,” said BLM Director Tracy Stone-Manning. “We look forward to hearing from the public on this proposal.”

The proposed rule intends to protect communities while delivering significant economic benefits through increased recovery of wasted gas. It would modernize outdated and ill-suited requirements for current technology and operations, including by requiring operators of federal and American Indian oil and gas leases to take reasonable steps to avoid the waste of natural gas. If implemented, the proposed rule would also ensure that, when federal or American Indian gas is wasted through excessive venting or flaring, the public and American Indian mineral owners are compensated through royalty payments.

The proposed rule responds to a series of US Government Accountability Office reports highlighting the potential revenue being lost due to the BLM’s outdated regulations. Several states, including Colorado, Wyoming, Pennsylvania, and New Mexico, as well as the US Environmental Protection Agency, have taken steps to limit venting, flaring and/or leaks from oil and gas operations.

Key elements of the proposed rules include:

The Stage Is Set For The Hydrogen Economy To Shine, But Can It Handle The Spotlight?