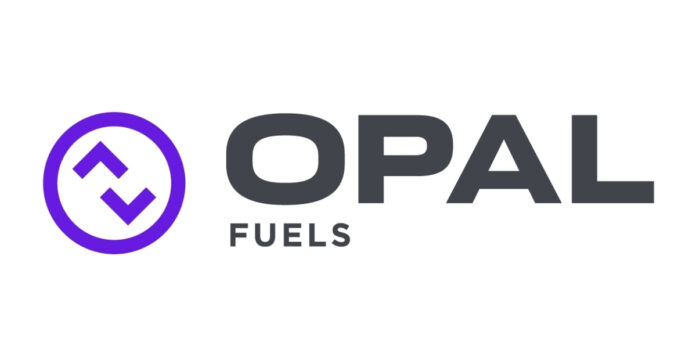 OPAL Fuels, a vertically integrated producer and distributor of renewable natural gas (RNG), announced that it has completed its previously announced business combination with ArcLight Clean Transition Corp. II (ArcLight). The transaction was unanimously approved by ArcLight’s board of directors and was approved at a special meeting of ArcLight shareholders on July 15, 2022. The combined entity was renamed OPAL Fuels Inc. On July 22, 2022, the Class A ordinary shares of New OPAL began trading on the Nasdaq exchange under the ticker symbol “OPAL” and its warrants began trading on the Nasdaq under the ticker symbol “OPALW.” “We are incredibly proud to complete this transaction and become a public company,” said Adam Comora, Co-CEO of OPAL Fuels. “This transformative step enables the next phase of growth at OPAL Fuels, and we look forward to our continued partnership with the ArcLight team and delivering value to all of our stakeholders.”

OPAL Fuels is a renewable energy company specializing in the capture and conversion of biogas for the production of RNG for use as a vehicle fuel for heavy- and medium-duty trucking fleets, and the generation of renewable power for sale to utilities. OPAL Fuels also designs, develops, constructs, operates, and services fueling stations for trucking fleets across the country that use natural gas to displace diesel as their transportation fuel. The biogas conversion projects currently use landfill gas and dairy manure as the source of the biogas. In addition, OPAL Fuels has recently begun implementing design, development, and construction services for hydrogen fueling stations. “ArcLight is proud to have partnered with OPAL Fuels, a leader in the energy transition segment delivering on tangible decarbonization solutions for the transportation sector,” said Marco Gatti, CFO of ArcLight. “We are confident in management’s proven ability to create value as the RNG industry evolves and matures and look forward to the company’s continued growth.”

As of May 1, 2022, OPAL Fuels owns and operates 24 biogas projects, five of which are RNG projects and 19 of which are renewable power projects. Additionally, OPAL Fuels currently has seven RNG projects under construction. “We remain focused on executing on our project pipeline and further expanding our portfolio of RNG production facilities and network of RNG fueling stations, which enables our customers to accelerate their transition to sustainable, renewable transportation fuels,” said Jonathan Maurer, Co-CEO of OPAL Fuels.