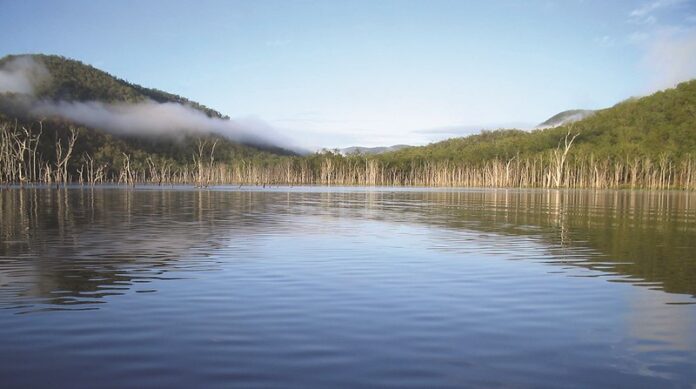 ESG Review reached out to Mikayla Mace-Kelley, science writer for University of Arizona communications, and Carmala Garzione, dean of the University of Arizona College of Science, to discuss key takeaways from a recently published paper in Nature Communications. The paper discusses the importance of Alpine permafrost for carbon storage, and the impact that fast-melting alpine permafrost has on rising global temperatures.

From the ancient sludge of lakebeds in Asia’s Tibetan Plateau, scientists can decipher a vision of Earth’s future. That future, it turns out, will look very similar to the mid-Pliocene warm period – an epoch 3.3 million to 3 million years ago when the average air temperature at mid-latitudes rarely dropped below freezing. It was a time when permanent ice was just beginning to cling to the northern polar regions, and mid-latitude alpine permafrost — or perpetually frozen soil — was much more limited than today. Permafrost underlies less than 20% of Earth’s land area. However, soils in the permafrost zone represent roughly 50% of global soil organic carbon and nearly twice as much carbon as contained by the Earth’s atmosphere.

“Atmospheric carbon dioxide concentrations today are similar, or maybe even higher, than the mid-Pliocene because of the burning of fossil fuels, and so scientists point at that time period as an analog for our current and near-future climate,” said paper co-author Carmala Garzione, dean of the University of Arizona College of Science. “We’re not feeling the full effects of the rise in atmospheric carbon dioxide yet because our Earth system takes time to adjust.”

“We wanted to estimate the stability of modern permafrost globally in a warmer-than-today climate scenario,” said Feng Cheng, the paper’s lead author and a professor at Peking University in China. Cheng formerly worked with Garzione as a postdoctoral fellow. “Our findings were very surprising and highlight the fact that we need to put more effort into monitoring the stability of the permafrost in the alpine region.”

The team used carbonate — a family of minerals — that formed in a Tibetan Plateau Lake to estimate temperatures during the Pliocene period (5.3 to 2.6 million years ago) and the Pleistocene period (between 2.6 million and 11,700 years ago). When algae grow in lakes, they absorb carbon dioxide from the water and, as a result, decrease lake acidity. That decrease drives the lake to form finely grained carbonate minerals that settle at the lake bottom. The atoms in that carbonate reflect the temperature at which the carbonate formed and can be used like a time-traveling thermometer.

The Tibetan Plateau, which sits at an elevation over 15,400 ft. (4694 m), is the largest alpine permafrost region on Earth. Other high alpine permafrost regions can be found in the Mongolian Plateau in central Asia, the Canadian and American Rocky Mountains, the southern stretches of the Andes, and other mountain ranges worldwide at elevations where the air temperature is consistently below freezing.

The team also modeled the paleoclimate on Earth during the Pliocene. They found that not only was the average temperature of much of the Tibetan Plateau above freezing in the Pliocene, but the same was true for many of the alpine regions across the globe.

“The Pliocene is an important period as an ancient analog for how Earth will adjust to the carbon dioxide that humans have already released to the atmosphere,” said Garzione. “We need better and broader studies of the vulnerability of alpine regions under global warming scenarios. There’s been a lot of focus on the stability of arctic permafrost, because it covers more land area and contains a huge reservoir of organic carbon trapped in permafrost, but we also need to be aware that alpine regions stand to lose more permafrost proportionally and are important in understanding of potential carbon release under global warming scenarios.”