Minnkota and Summit have been working independently on the development of their respective carbon capture and storage projects — Minnkota with Project Tundra, which aims to install carbon capture technologies at the Milton R. Young Station in North Dakota, and Summit Carbon Solutions with the capture and permanent storage of CO2 from dozens of ethanol plants across five states in the upper Midwest. Now, Minnkota and Summit will work together to advance their projects to commercial operations.

The agreement provides Summit with access to Minnkota’s already permitted 100-million-ton capacity CO2 storage site near Center, North Dakota, the largest of only three such permitted sites in the United States. The agreement also creates the framework to jointly develop additional CO2 storage resources nearby, which are estimated to have aggregate CO2 storage exceeding 200 million tons. The collaboration is beneficial to both Minnkota’s and Summit’s projects, as it reduces risk, accelerates the timeline for financing and construction, and provides increased operational flexibility when CO2 storage begins.

“We are joining two of North Dakota’s most prominent industries — agriculture and energy — to substantially lower CO2 emissions, while helping preserve American energy security,” said Mac McLennan, Minnkota president and CEO. “If our nation is to stay competitive during the energy transition, it will require multiple states and industries working together. Our hope is that this effort can serve as a blueprint for the collaborative thinking that is needed to drive energy innovation forward.”

Summit has created partnerships with more than 30 facilities across a five-state region — Iowa, Minnesota, North Dakota, South Dakota, and Nebraska. Using proven technology, Summit will capture CO2 from the fermentation process of biorefineries such as ethanol plants, compress the captured CO2, and transport it through a pipeline to North Dakota where it will be permanently stored underground. When fully developed, the project will be capable of capturing and permanently storing 12 million tons of CO2 every year.

Project Tundra will retrofit the Milton R. Young Station with CO2 capture technology. The Project Tundra facility is designed to capture CO2 at a rate of about 90% from either unit at the Young Station. The CO2 will be stored more than a mile underground.

Flue gas from either generator at the Milton R. Young Station is diverted to a scrubber, which cools the gas and removes impurities. The gas is then sent to an absorber where the CO2 capture takes place. 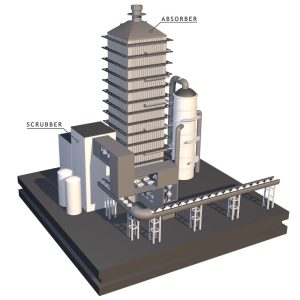 The gas flows into the bottom of a large absorber unit, which is filled with stainless steel structural packing. As the gas rises through the packing, it comes into contact with an amine-based liquid solvent. The amine bonds with the CO2 and removes it from the flue gas. 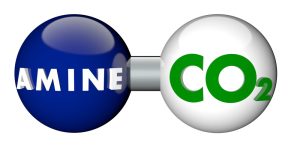 After the amine solvent has absorbed the CO2, it is pumped to a regeneration unit. There, heat is used to break down the CO2 bonds with the solvent, releasing pure CO2 in a gaseous state. Finally, the CO2 is sent to a compressor where it is prepared for deep geologic storage. 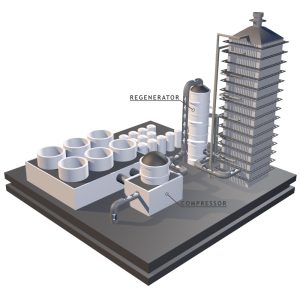