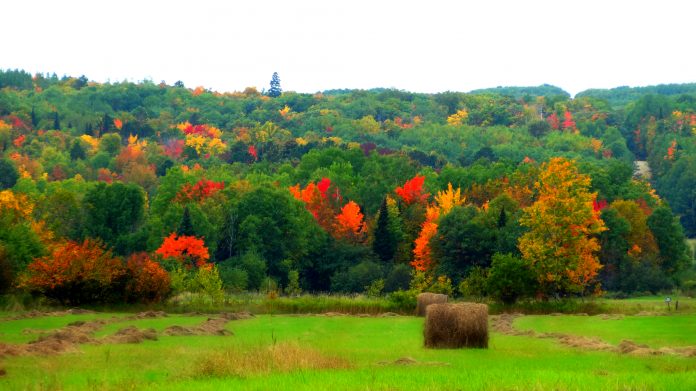 This article was written by Jason Linkimer.

Over the past five years, renewable natural gas (RNG) has become a buzzword within environmental engineering circles in Michigan. Many Michiganders are still unaware of what RNG is and the benefits it could create for the future of Michigan’s energy use. As a senior environmental scientist at Barr Engineering Co. (Barr), I have the privilege of developing and implementing strategies that will revolutionize renewable energy and renewable fuel sectors in the Midwest and beyond.

RNG is one piece of the puzzle to decarbonizing the economy and moving away from dependence on fossil fuels. RNG technology is here today and represents an immediate opportunity to reduce the environmental impacts of methane by repurposing emissions from waste, while also creating economic opportunity.

As organic matter breaks down it generates methane gas. Methane is the primary constituent of conventional natural gas but is also a potent greenhouse gas when emitted directly into the atmosphere. In 2019, it accounted for about 10% of all US greenhouse gas emissions from human activities and is 25 times more efficient at trapping radiation than carbon dioxide (CO2). The largest sources of methane in the United States include agriculture, conventional natural gas and petroleum systems, and landfills.

RNG is composed of processed biogas, the gaseous product of the decomposition of organic matter that is conditioned to remove impurities and other constituents. Common biogas feedstocks include food waste, animal manure, agricultural waste, wastewater treatment sludge, and landfills. RNG is used in various forms to fulfill both mobility and thermal energy needs. It’s used as a transportation fuel in natural gas vehicles as compressed natural gas (CNG) or liquefied natural gas (LNG). RNG in the form of biomethane is used as a replacement for traditional natural gas to generate electricity and can be injected into natural gas pipelines for use in industrial, commercial, and residential applications.

Because biogas is generated continuously from a variety of sources, it is considered a renewable resource. Unlike traditional natural gas and other fossil fuels that are finite, RNG is recovered from ongoing waste production, which is predicted to increase as the global human population increases, and therefore abundant feedstock will always exist. With Michigan’s large and diverse agricultural economy, there are innumerable opportunities to produce and consume RNG.

According to the Department of Agriculture and Rural Development, the food and agriculture industry contributes US$104.7 billion annually to the state’s economy with livestock (including dairy) having the greatest economic impact at US$5.13 billion, followed by field crops with an economic impact of US$5.12 billion. The methane associated with agricultural waste and food scraps (in the United States, food waste is estimated at between 30% to 40% of the food supply) presents a compelling opportunity for future RNG projects in this sector.

RNG opportunities extend beyond the food and agricultural industry. Michigan is home to 41 operational landfill gas (LFG) energy projects with another 15 candidate landfills identified through US Environmental Protection Agency’s (EPA) Landfill Methane Outreach Program (LMOP). In addition, there are several hundred wastewater treatment facilities across the state. While not all locations will prove economically viable for development, there is considerable energy potential deserving critical evaluation.