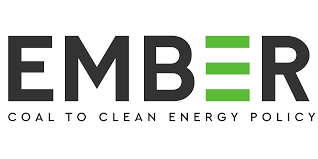 Hungary has quadrupled its solar share since June/July 2018, while the Netherlands and Spain have doubled. Estonia and Poland have gone from near-zero solar in 2018 to 10% and 5%, respectively, in June/July 2021.

Despite recent gains, the EU’s electricity generation from solar panels still remains less than coal power plants, which generated 14% of EU electricity in June/July 2021 (58 TWh). The EU-27 has added 14 TWh of solar generation every year on average in the last two years. However, according to the European Commission, annual growth in the next decade must double to 30 TWh in order to meet the EU’s new 2030 climate targets.

The solar market is poised to support the growth required. It is now half the price to generate electricity from new solar panels than existing fossil plants across major markets including Germany, the UK, Italy, France, and Spain. The global average Levelized Cost of Electricity (LCOEs) for utility-scale solar photovoltaic has collapsed from US$381/MWh in 2010 to US$57/MWh in 2020.

“Europe has had a record-breaking summer for solar power, but it is yet to harness its full potential,” said Charles Moore, Europe lead at Ember. “The cost of solar power has tumbled in the last decade and we are seeing the first signs of Europe’s solar revolution in countries like Spain, the Netherlands, Hungary, and even coal-heavy Poland. However, there is a long way to go before solar provides more power than fossil fuels, even in the height of Europe’s summer sun. Weather extremes across Europe this summer have given governments an urgent wake-up call and now they must turn climate targets into climate action by stepping up solar deployment.”