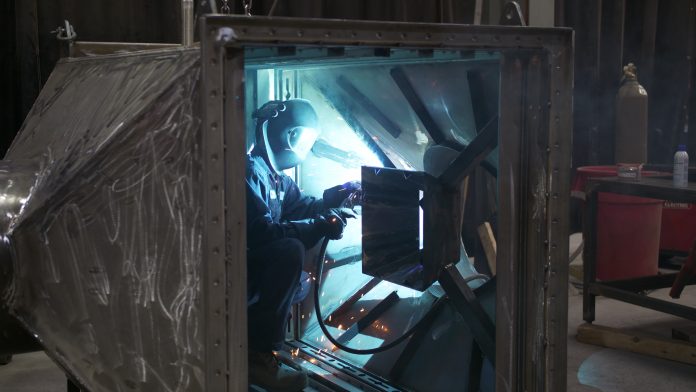 There’s a lot to like about the growing trend toward controlled environmental agriculture (CEA). Greenhouses, especially those that implement vertical farming, use less land and less water to produce fresh local produce. Regional, decentralized greenhouses counteract the industrial food supply chains commonplace in developed countries. And the popularity is growing. “Initially, greenhouse popularity was determined by geography [non-sunny weather] and infrastructure [having a CO2 network],” said Jay Daran, marketing manager at Canada-based DCL International (DCL) — a company dedicated to reducing greenhouse gas emissions. “In Europe, the market has historically been the most prominent in the Netherlands. But with the very powerful and positive environmental benefits of combined heat and power (CHP), greenhouses are gaining a lot of attention and support everywhere. We are experiencing increased sales throughout North America.”

CHP is the process of producing electrical energy and thermal energy from one system. The CHP process creates electricity, heats up water, and produces CO2 as a byproduct. Since plants absorb CO2 through photosynthesis, the process eliminates CO2 emissions entirely. But there’s a problem. Engines emit carbon monoxide (CO), NOx, and a host of other compounds in addition to CO2. This is where DCL comes in. Its Metalcor catalyst converts all unburned hydrocarbons into pure CO2 and eliminates NOx through a reductant (ammonia) while ensuring zero concentration of ammonia slip. “Ethylene is one of the hydrocarbons that can be present in a natural gas CHP,” said Daran. “It originates from the ethylene already present in the natural gas and that was unburned during the engine combustion or appears after an incomplete combustion of methane. It can cause unwanted, premature ripening and blooming before the harvest. The Metalcor catalyst ensures plants are fed only pure CO2, without NOx or Ethylene.” The company’s oxidation catalysts were first used by growers in the early 1990’s. Since then, it has developed new technologies like the Metalcor catalyst that support the growing greenhouse industry.

According to DCL, consumers are becoming increasingly invested in the sustainable practices behind food production. Projects like what DCL did for Taylor Farms help establish a new standard for environmental sustainability in agriculture.

DCL has a global position in the research, design, engineering, manufacturing, and sale of advanced emission control technologies. The company believes that its products and services are helping the world embrace ESG initiatives. In terms of international accords, DCL’s expertise enables power generation suppliers and manufacturers to achieve targets in accordance with the New Green Deal and Canadian Low-Carbon Fuel Standard.

From a social perspective, DCL’s products center around purifying the air that we breathe. Clean air is something many of us take for granted. Larger cities, growing populations, and bigger industries all present challenges for maintaining clean air. Besides purifying the air, DCL’s products can be used to protect the environment in two main ways. “Our heat exchangers are used to recover all the heat losses from an internal combustion engine. We can convert the engine from a strictly power production plant to a CHP plant, saving up to 50% of the CO2 emissions,” said Daran. “Secondly, our customized selective catalytic reduction (SCR) technology allows CHP plants to run at even higher electrical efficiency while still meeting the local emissions legislations. This lowers gas consumption, saves money, and reduces CO2 emissions.”

SCR technology reduces engine emissions by injecting urea (a reducing agent) into the engine exhaust upstream of the Metalcor catalyst. By the time the exhaust gas reaches the catalyst, it is sufficiently mixed with urea so the reaction can occur. This sets off a redox chemical reaction that converts NOx into nitrogen. “A catalyst is a substance that makes a chemical reaction occur, without the catalyst itself being consumed during the reaction. In the CHP case, our catalyst allows hazardous emissions to react with oxides of the exhaust gas at a much lower temperature than the natural reactions. The heat of the exhaust gas with the presence of catalyst will be enough to make the reactions happen,” said Daran.

According to DCL, its Metalcor catalyst is the most efficient SCR technology for CHP applications. The company guarantees the catalyst for the lifetime of the engine, which benefits the environment by reducing the volume of spent catalyst that are traditionally discarded or scrapped. The company is seeing increased demand for partial oxidation catalysts used in fuel cell development, and steam methane reforming (SMR) for hydrogen production. The catalysts are also being utilized for emissions cleanup. The company’s vertically integrated approach allows it to produce customized solutions that can fulfill several industry requirements, thereby removing constraints for the end customer to reduce emissions. “The Metalcor catalyst is a compact solution. Metalcor’s substrate have a high surface area that allows a maximum contact between exhaust gases and the catalyst coating, so less volume is required. The catalysts are more robust so they can better withstand hostile exhaust gas conditions. We also have a very wide range of catalytic coatings to guarantee highest performance depending on the fuel source, engine, or application. Since metal expands when heated, they can be installed without gaskets, reducing installation time and preventing leaks. We also guarantee them for the life of the engine, reducing long-term operating costs and waste,” said Daran.

One of the downfalls of using CHP to power a greenhouse is the potential for distorted crop growth. “When we feed greenhouses with the exhaust gas of an engine, we need to make sure the cleaning of the exhaust gas is working properly to avoid damaging the crops,” said Daran. “Two main emissions are concerned — NOx and ethylene. The concentration of these two elements in the exhaust gases needs to be monitored very carefully and kept below maximum values to avoid distorted crop growth. The maximum values depend on the greenhouse area, ventilation system, and flow rate of engine exhaust.”

DCL notes that the objective isn’t just to stay below a maximum value of ethylene or NOx. Rather, the lower the concentration of ethylene and NOx, the better the crop yield. “This is what our products are famous for,” said Daran. “For the same volume of catalyst, our Metalcor catalyst can achieve three times more performance that the standard catalyst.”

DCL notes that the Metalcor catalyst lasts longer than ceramic catalyst and limits the volume of spent catalyst sent to landfills. It can also be sold for scrap metal and recycled at the end of its service life.