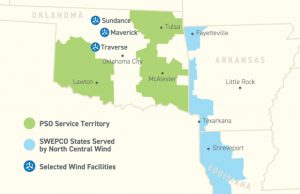 “GE Renewable Energy is delighted to be a part of this exciting endeavor, which is the largest combined onshore wind project in GE’s history to date,” said Tim White, GE Renewable Energy’s CEO for Onshore Americas. “As the United States and the world have adopted increasing amounts of renewable energy, Invenergy and GE are helping to accelerate this change by being the partners of choice for utilities and other leading companies that want to be part of the ongoing and critical transition to affordable, more sustainable renewable energy.”