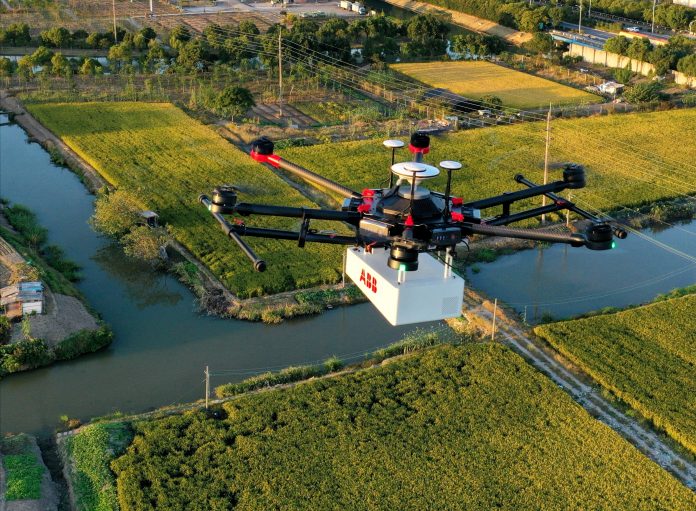 According to the US Energy Information Administration (EIA), the majority of gas shipments in the United States take place using the millions of miles of the nation’s pipeline infrastructure. On December 27, 2020, the Protecting Our Infrastructure of Pipelines and Enhancing Safety (PIPES) Act was signed into law in the United States. The PIPES Act directs gas pipeline operators to use advanced leak detection technologies to protect the environment and pipeline safety.

Detection of odorless and invisible gas leaks can be challenging and expensive. ABB’s latest addition to its ABB Ability Mobile Gas Leak Detection System, HoverGuard, is designed to help operators of the three million miles of pipeline infrastructure in the United States. This will increase the safety and environmental capabilities to be in line with the 2020 PIPES Act.

HoverGuard is an unmanned aerial vehicle (UAV)-based system that detects, quantifies, and maps leaks up to 300 ft. (91 m) from natural gas distribution and transmission pipelines, gathering lines, storage facilities, and other potential sources. It automatically generates digital reports that summarize results and can be shared in minutes after a survey.

The cloud-connected, multi-gas solution can quantify methane, carbon dioxide, and water vapor continuously while flying. The HoverGuard solution operates on commercial UAVs capable of carrying a payload of 6.6 lb. (3 kg) to allow detection while flying at heights of 130 ft. (40 m) or higher and at speeds greater than 55 mph (88 km/h).

“HoverGuard represents an important step-change in gas leak detection both in terms of safety and the environment,” said Doug Baer, ABB global product line manager of laser analyzers. “Previously, inspectors had to rely on slow, qualitative, analog sensors or expensive delicate cameras to find leaks. Our groundbreaking solution effectively probes otherwise inaccessible locations to increase safety across the pipeline network. It detects and maps natural gas leaks around hard-to-reach sites such as bridges, areas with right-of-way restrictions or vegetation coverage, and storage assets.”