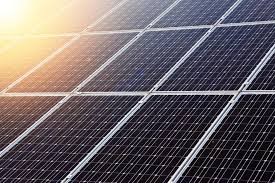 TC Energy is proposing to construct and operate the Saddlebrook Solar + Storage Project. The solar and energy storage project will consist of a solar-generating facility that will operate in conjunction with a battery energy storage system.

To be located on TC Energy-owned land at the Saddlebrook Industrial Park in Aldersyde, Alberta, Canada, the proposed solar-generating facility will use bifacial solar panels to generate energy. Lockheed Martin will supply the battery energy storage system.

The proposed project is partially supported by $10 million in funding from Emissions Reduction Alberta (ERA) through their BEST Challenge, to support the development of a hybrid solar generation facility combined with a flow battery energy storage system.

ERA’s BEST Challenge targets technologies that demonstrate the potential to reduce greenhouse emissions in Alberta and secure the province’s success in a lower carbon economy.