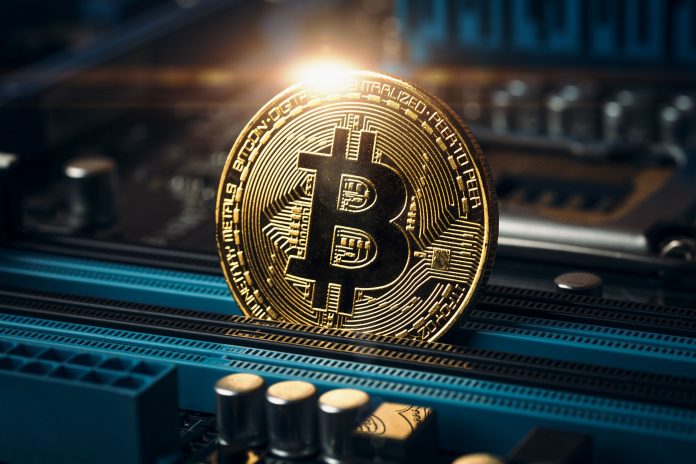 Despite your personal viewpoints on bitcoin, the cryptocurrency’s surge is hard to ignore. In the last year alone, the price of bitcoin has increased nearly five-fold. In the last five years, it has gone up over 11-fold. When bitcoin first hit the scene in 2008, it was used to buy pizza. Now, it’s used to buy cars, with companies like Tesla accepting it as a legitimate form of payment.

But bitcoin has a dark side. The University of Cambridge Centre for Alternative Finance tracks the electricity usage of bitcoin, which has skyrocketed in recent months. With an estimated annual consumption of 14.7 GW, bitcoin mining is now consuming as much electricity as Sweden. If bitcoin reaches Cambridge’s upper bound estimate of 50 GW, then bitcoin would be consuming nearly as much electricity as Germany, the world’s fourth largest economy.

In simple terms, blocks of bitcoin are mined by using computing power (hashing power) to solve puzzles. These puzzles aren’t mathematically challenging, but rather, require a lot of guesswork. This makes central processing units (CPUs) and especially graphics processing units (GPUs) ideal tools. In the early days, bitcoin mining was easy and the puzzles were simple. Now, the puzzles are incredibly arduous, so much so that miners pool their computing power together and split the prize. But there’s a catch. Even infinite computing power wouldn’t produce more bitcoins. Rather, only one block can be mined every 10 minutes, and the reward per block cuts in half every 210,000 blocks (roughly every four years). No matter if bitcoin is one dollar or one million dollars, around the same number of bitcoins will be mined each day. The fact that supply is independent of price makes bitcoin a commodity unlike any other.

Another difference between bitcoin and fiat currencies like the US dollar or other commodities like gold or silver is that bitcoin has a set supply of 21 million coins. The result is that bitcoin blocks yield just 6.25 coins compared to 50 coins in 2008. By mid-2024, 93.75% of all available bitcoins will have been mined and blocks will yield just 3.125 coins.

In order to control supply, bitcoin’s founder(s) installed a protocol that adjusts the difficulty (computing power) needed to mine a block of bitcoin. After every 2,016 blocks are mined (which is roughly every two weeks at 10 minutes per block), the protocol adjusts the difficulty, making it harder or easier to mine.

Here’s a look at the average difficulty of the puzzles and the hash rate over time.

Simply put, the computing power required to mine one block of bitcoin is exponentially higher now than it was 12 years ago. But the time it takes to mine one block is still around 10 minutes, thanks to difficulty adjustments.

where D is difficulty, T is the time between mined blocks (in seconds), and H is the network’s average hash rate per second. You could also solve for time and the average hash rate using the following formulas:

A Commodity, Not A Currency

Bitcoin’s volatile price, limited supply, and high transaction costs have rendered it impractical as a currency. Formed out of the crucible of the financial crisis, bitcoin’s anonymous founder(s) hoped it would be a viable currency independent of financial institutions and other third parties. In many ways, they never wanted it to act like an investment or a commodity. Unfortunately, that is exactly what happened.

Leading currencies like the US dollar only work if they’re stable. Over the past 10 years, the value of the US dollar has decreased by less than 2% per year (known as inflation), which is offset by savings and wage increases. Risk-free interest rates also tend to be between 2% and 3%, meaning that saving dollars and investing them in US treasuries basically protects future wealth against inflation. The narrative changes if inflation is above, let’s say 5%, and interest rates don’t rise. This encourages people to spend money, not save, unless they want to lose wealth. It also pushes savers toward riskier assets like bonds or stocks that have historically higher returns. From 1975 to 1980, the US inflation rate got as high as 13%, was often above 8%, and never got below 5%. Fortunately, the S&P 500 returned 57% in those five years and the US long-term interest rate was generally able to keep up with inflation.

Bitcoin doesn’t work that way for two reasons. The first is that its day-to-day fluctuations are more volatile than even the most unstable currencies. Bitcoin routinely moves over 5% in a day and can move over 20% in either direction in a week. This makes it nearly impossible to rely upon it as a stable form of payment. The second reason bitcoin is failing as a currency is transaction fees. Unlike digital forms of payment, bitcoin transactions don’t rely on credit scores. In this way, they are similar to cash. In addition to mining blocks of bitcoin, miners also verify transactions, and collect fees for doing so. Before 2017, these fees were negligible, rarely getting above 20 cents and mostly being a penny or two. Everything changed in late 2017 when a surge in bitcoin trading and price volatility made transaction fees close to US$50 before falling back below US$10 by February 2018. To illustrate how bizarre this is, imagine paying one cent to process a transaction for a cup of coffee one day and then realizing it’s going to cost you US$10 or more for over a month to buy anything.

After a period of falling/stagnating bitcoin prices from around 2018 to the end of 2019, transaction fees have once again gone through the roof. Bitcoin is, at the time of this writing, above US$50,000. So far in 2021, transaction fees have readily exceeded US$15, gotten as high as US$30, and have very rarely fallen below US$8.

Scarcity is a powerful thing. When oil topped US$100 per barrel in 2008, it was because the world was consuming more oil and thought it would run out. But new technologies like horizontal drilling and hydraulic fracturing unlocked previously unprofitable reserves. And today, many companies can turn a profit at US$40 oil. The tulip bubble in 17th-century Holland pushed prices per bulb upward of US$50,000 in today’s money, until credit defaults crashed the market. But unlike oil or tulips, bitcoin isn’t tangible. It really does have a limited supply of 21 million.

Although just 1,312,500 bitcoins will be mined during our current halving period — far less than the over 10 million that were mined in the first period – it’s still a 7% increase in total supply. But the next halving period will only increase supply by 3.3%.

Bitcoin’s volatility fuels trading, which increases transaction costs, increases electricity use, and makes bitcoin impractical as a currency. Similarly, bitcoin’s scarcity and meteoric rise make even primitive mining rigs profitable, which fuels computing power, increases electricity usage, increases the difficulty of the bitcoin protocol, and the cycle repeats. With about 18.6 million bitcoins in existence and a price of US$50,000 per coin, the value of bitcoin is now closing in on one trillion dollars. If bitcoin were a US-based company it would be the fifth most valuable behind Apple, Microsoft, Amazon, and Alphabet.

Why Electricity Costs Will Eventually Decrease

For now, it seems that as long as bitcoin’s price increases, so will electricity usage, the environmental consequences of which are quite jarring. However, there are some instances of using flared natural gas and otherwise wasted forms of energy to power bitcoin mining, but these cases are few and far between. Around two-thirds of bitcoin mining operations are in China, which still uses mostly coal for its power.

The good news is bitcoin halving and a fixed supply of 21 million coins will eventually make the reward so small that mining should dramatically decrease. By 2032, the reward per block will be less than one coin, around just 110 coins will be mined per day, and 98% of all bitcoin will be in circulation. To put this into context, consider that around 450 coins are currently being mined per day. At US$50,000 per coin, that basically means that bitcoin is generating US$22.5 million dollars in value every single day, or US$8.2 billion per year. That’s a big industry. Bitcoin would need to top US$200,000 by 2032 to have the same industry value it does today. If it does, electricity costs could very well stay high or even rise.

In sum, bitcoin will continue to consume a ton of electricity as long as mining is profitable and prices rise. The difficulty level is virtually infinite, meaning more and more computing power will be required as long as miners continue flooding the market. Given the limitations on supply, it would seem reasonable to conclude that bitcoin electricity usage will reach its peak sometime within the next 10 years. The pessimists in the room can take solace knowing that bitcoin supply will reach its maximum in 2140, during which a block will produce less than one ten millionth of a bitcoin and just .001 bitcoins will be mined in four years. Assuming the value of one bitcoin doesn’t top US$8.2 billion, we can rest easy knowing that electricity usage for mining bitcoin will eventually come down.